Will Lego Consider a Wall-E Lego Robot? We Say Yes!

The lead animator for the movie “Wall-E,” Angus MacLane, also built an incredible Lego version of Wall-E currently being considered by Lego as an official product.

Wall-E is one of the most loveable robots of all time, and soon kids and grown-up kids might be able to build an official Lego version of the trash-collecting robot.

Angus MacLane, the lead animator for Pixar’s “Wall-E” movie, started his Lego Wall-E build in 2005, around the same time the computer model was being created. MacLane finished his work in 2008, and thanks to the Lego Ideas program where anyone can submit new ideas for Lego kits to be considered by the company, he submitted his project for consideration in 2013.

On Tuesday, MacLane’s project crossed the 10,000-supporters mark, and now enters the official Lego review process where designers, project managers, and other team members will decide whether the project is worthy of the Lego company logo. The review process begins in September and, if successful, the project would enter production sometime in early 2015 for a release later next year.
Given MacLane’s ties to the film and Pixar, we’re hopeful he’ll complete this directive.

Olli the Octopus / About Author
When it comes to normal octopuses, they're usually only interested in finding tasty crayfish, swimming about, and picking their noses. Ollie is no ordinary octopus. Ollie has a vision and with the help of his loyal team he'll see it done. His vision is for Australians all over this land girt by sea to enjoy the world's coolest, craziest and quirkiest gifts, adding smiles to faces and laughter to homes. His dream has finally materialised and now everyone has access to Ollie's collection of awesome doodads.
More posts by Olli the Octopus

I have visceral memories of the first Father’s Day card I ever made; I put some much effort into

It can be hard to buy for a gift for someone you barely know. That can be the challenge with

The 9 Best Gifts For Tradies – What Tradesmen Really Want

This group of hardworking men and women are often misunderstood. When it comes to birthdays and Christmas, they’re usually dumped 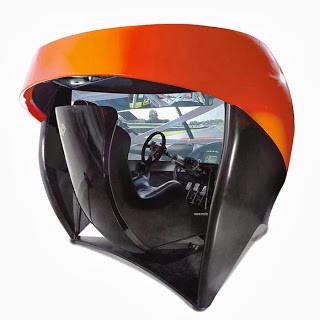 Yellow Octopus Get Some WTF?!

If you are looking for the World Twerking Federation, you’re in the wrong place. Although, you better hope your figurative

You’ve left it this late?! Don’t worry, the team at Yellow Octopus always have your back. Check out our awesome

Native Union’s latest retro-inspired invention is making Oscar The Octopus trip over all his eight limbs! If you consider yourself Valentine’s Gift Ideas For Him And Her

Great gifts for February 14 We applaud those who researched Valentines gift ideas a month back, what a catch they The Travel Gadgets You Need

The sun has well and truly set on Australia, and for some of us, we just can’t get enough of

Is the situation that dire? Did you cave and turn to Google? Well, we’re not judging you, we actually applaud The Simpsons. For a more grand opening, just read that like the long-drawn-out opening of the World’s favourite animated series (See:

The team at Yellow Octopus HQ have a huge month of birthdays approaching, and they’re all for men (sigh…). You